KEFIRAN is a superior probiotic formula with over 50 billion† active probiotic cultures to optimize digestive health. For hundreds of years, kefir milk has been deemed one of the world’s oldest probiotics. However, with kefir milk came quite a few drawbacks, like gluey texture, sour taste and it being dairy. KEFIRAN was developed to be the highly effective alternative to kefir milk. Just two KEFIRAN capsules a day contain the same amount of kefiran polysaccharide as found in a quart of kefir milk! Plus… KEFIRAN is Dairy Free, Lactose Free, Gluten Free! …. and its Vegan!*

KEFIRAN…..the best of kefir in a veggie capsule!

† At time of manufacture.

THE BEST OF KEFIR IN A VEGGIE CAPSULE

Introducing KEFIRAN™, a convenient easy to take kefir supplement that you don’t have to drink and has all of the benefits of traditional kefir products. Not only is Kefiran easy to use, Kefiran contains no dairy, no lactose, no gluten, low on calories and vegan friendly.

KEFIRAN delivers all of the best of conventional kefir drinks, however in an easy-to-swallow veggie capsule. 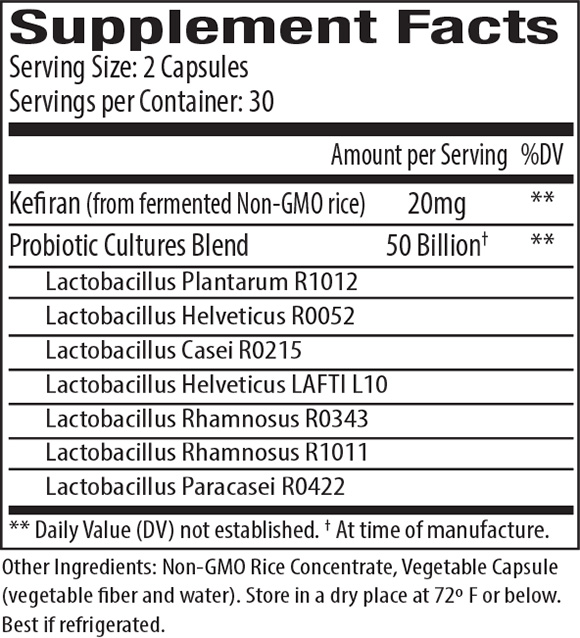