KEFIRAN, The Probiotic Kefir in a Veggie Capsule

Find Out When KEFIRAN Is Available In Your Area, Sign Up Below

KEFIR FOR HEALTHY DIGESTION AND WELL-BEING* 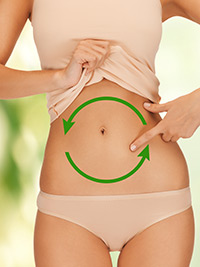 Kefir or (Kefir Grains) have been around for centuries, with many legends claiming that Kefir was the key to vigor and longevity. Today, Kefir is rapidly growing in popularity among health-conscious consumers in the U.S as it is known for its probiotic value and remarkable health benefits. 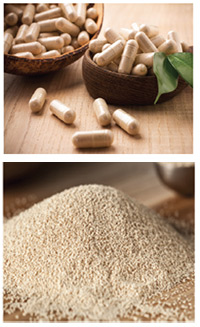 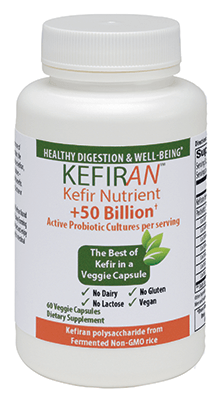 THE BEST OF TRADITIONAL KEFIR IN A VEGGIE CAPSULE

KEFIRAN is the best of traditional kefir drink, but in an easy-to-swallow veggie capsule. KEFIRAN gives you 20mg of kefiran, the polysaccharide PLUS 50 billion active probiotic cultures† in a daily serving of just two capsules.  Two capsules of KEFIRAN contain:

AN EASIER WAY TO ENJOY THE BENEFITS OF KEFIR

The most common complaints about traditional KEFIR drinks are the unusual taste and texture, the dairy and gluten in KEFIR are a problem for some and Vegans stay away from KEFIR due to it being from an animal source.


KEFIRAN is the perfect solution for those wanting to enjoy the benefits of kefir without the inconveniences. KEFIRAN contains no dairy, no lactose or gluten, plus it is vegan friendly and low on calories. With KEFIRAN it is only necessary to take 2 capsules daily and you will be enjoying the full benefits of a traditional KEFIR drink but without the complications of having to prepare and consume a fermented drink. 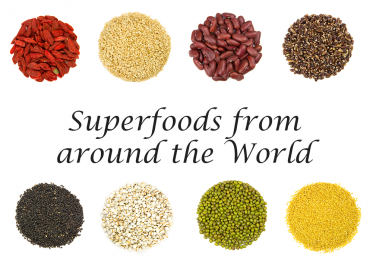 Freekeh, Teff and Maca: Superfoods From Around the World

/ by kefiran
All Things Good: Who Is Eating What Going beyond what is currently popular in the health ( natural and organic) foods in...
Read more

How Kefir-Supplemented Diet Does Wonders For Your Gut

/ by kefiran
Though kefir has been a rather popular beverage since the pre-medieval era in regions around the Caucasian mountains inc...
Read more 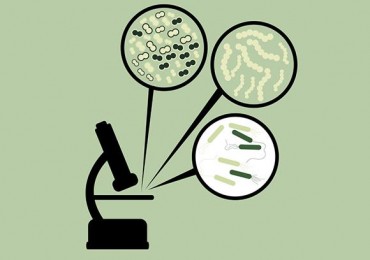 THE INVISIBLE: The Wonderful world of Bacteria

/ by kefiran
Do you know that our body is an ecosystem inhabited by more than 1000 different species of microorganisms? Oh my! I am s...
Read more

/ by kefiran
Being lactose intolerant won’t kill us, but it can make us very uncomfortable! It can happen to just about anybody, an...
Read more